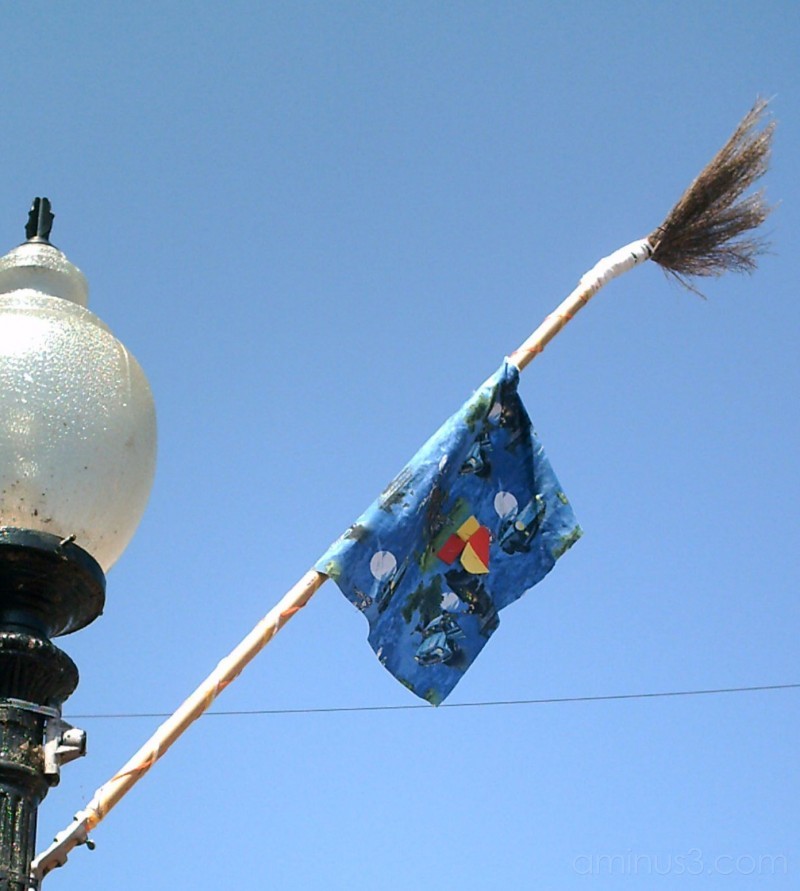 In celebration of the release of the 7th and final Harry Potter book, Marquette is holding a Harry Potter Party Pizzazz. There will be a variety of activities throughout the downtown area, including the display of brooms (like this one), which are part of a community-wide art project.

Hayley and I created a broom, but it will not be on display along the streets of Marquette. Instead, it has a special place on display in the Teen Area of the Peter White Public Library. We opted to go totally authentic -- and unique -- by using a stick as the broom handle (and twigs for the sweeper end of the broom), and as such the handle will not fit in the flag poles. But we're honored to have our broom in the Teen Area, as Hayley is not only a member of the library's Teen Advisory Board, but is also on the Teen Area Committee. So it's only fitting that her broom be displayed there.

I've created a brooms set on Flickr, which includes not only photos of other brooms on display but also some (very poor) photos of our broom.