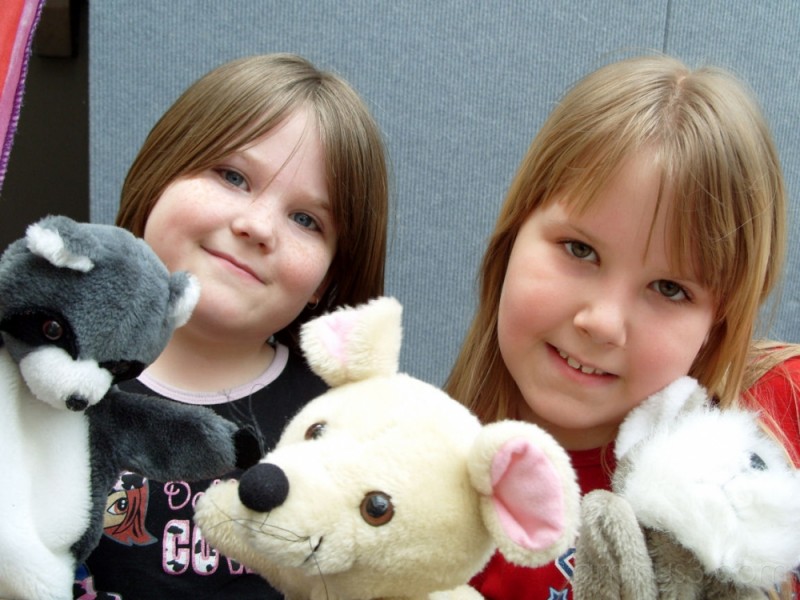 I went over to the library today to take some photos of Hayley and her "geeky friends" (she is a self-proclaimed geek magnet), but only one of such friends was there with her. The rest of the Anime/Manga Club hadn't arrived yet.
While there, though, I ran into my li'l neighbor buddy, Katelyn -- not with her brother (who is sick at home), but with her friend, Brianna. When I initially ran into Katelyn, she was going up and down the elevators trying to find her friend. Once they were reunited in the Children's Area, they were gracious enough to allow me to photograph them. It was Katelyn's idea to put on a puppet show for me.
It was a story about a dog and a raccoon -- the mouse was the narrator.
See It Sunday: Friend