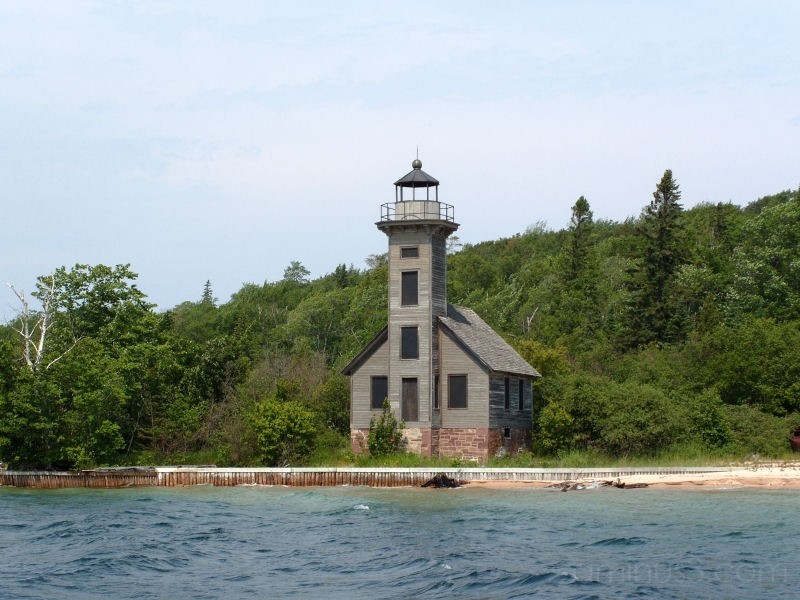 From our pontoon ride around Grand Island yesterday. This was actually one of the last photos I took around the island. By the time we got back to the spot where we were going to stop for lunch, the waves had picked up tremendously (my daughter and sister-in-law both got soaked by a wave flying over the front of the pontoon). In some areas, we experienced waves coming from two directions. I think my brother and I were the only ones who didn't mind all of the wave action. I found it to be a fun challenge trying to take photos while the pontoon was bouncing around all over the place. Heh heh.
For those who saw the Dateline story about "The mysterious death at Pictured Rocks", Grand Island is not far from there. In fact, the original plan for the weekend was that my dad and stepmom were going to spend time with my brother and sister-in-law on Saturday, then Hayley and I would spend time hiking Pictured Rocks with them on Sunday. But my brother had to work on Saturday, so we all met in Munising to rent a pontoon to take out to Grand Island.