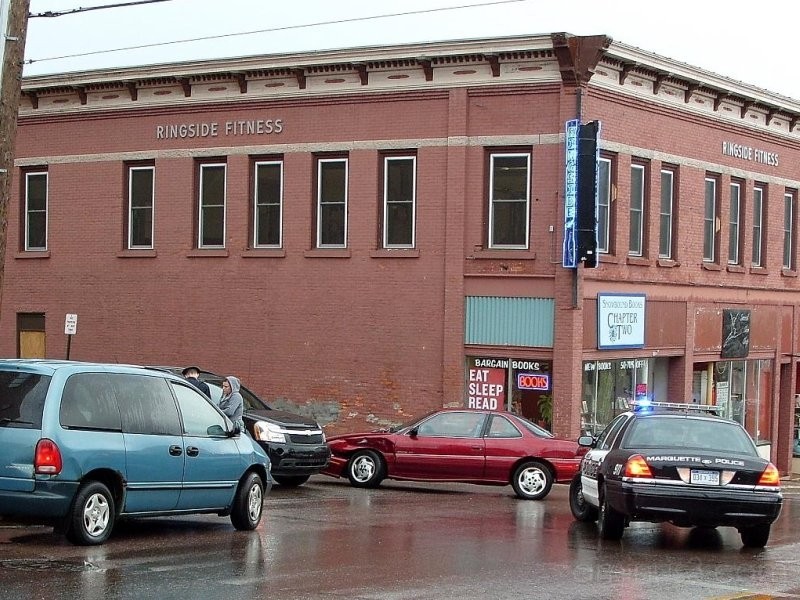 But preferably not while driving.
Taken last Friday when some of the downtown streets were closed off for the Blueberry Festival. This accident was on the corner of Bluff and Third Streets. I never did figure out exactly what happened though. We were rushing to the Downtown Commons area to catch the walking tour (the Pirates one). But Hayley recognized a schoolmate who had obviously (and unsurprisingly) been somehow involved in the "incident".
Shutterday: Quick! Run! The Cops!

With the positioning of the cars, it is hard to figure out what happened. But an interesting capture! :-)

@Betty: Yeah, it was difficult to figure out what happened.

Cops always blame the red car. Really. Look it up.

@Beth: *leafing through the Cop Rule Book* I'll be darned. There it is!
Rule 1: ALWAYS blame the red car.