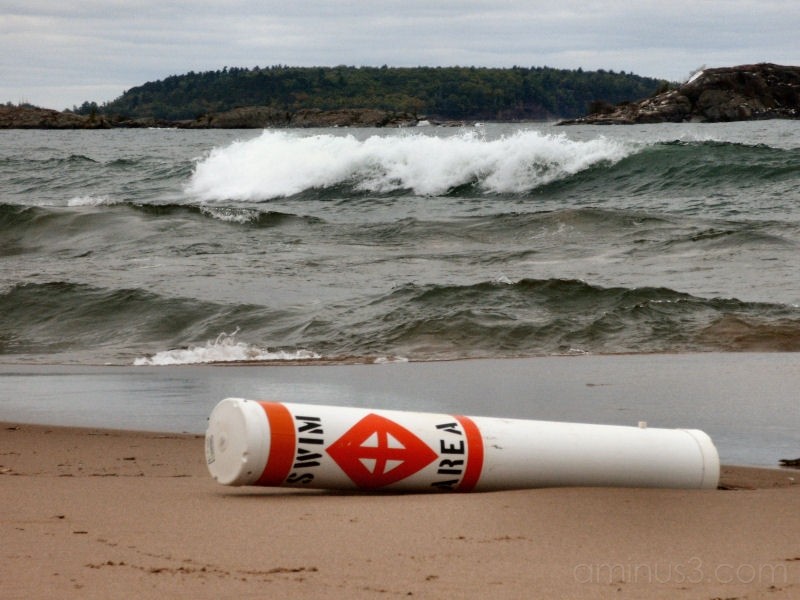 But not yesterday. There was a rip current advisory in effect -- especially for the area pictured here. In the distance is Presque Isle, with Picnic Rocks in front of it. It was around Picnic Rocks a few weeks ago that some guy drowned. (I was going to say some "stupid" guy, but I probably shouldn't.)
With a "severe weather alert", I was expecting to be able to catch some really great wave shots yesterday, but was extremely disappointed. The waves were not nearly as impressive as the weather forecast was making them out to be. But because of the drowning incident, the National Weather Service is issuing rip current warnings frequently -- specifically in and around the areas of Picnic Rocks.
This time of year, though, Lake Superior IS quite unpredictable. It seems as though every year brings out some (again, I won't say "stupid") college student who thinks it would be cool to walk out on one of the breakwalls as the waves crash over them -- for some, they do so only to find themselves being swept away by the waves, never to be seen again.