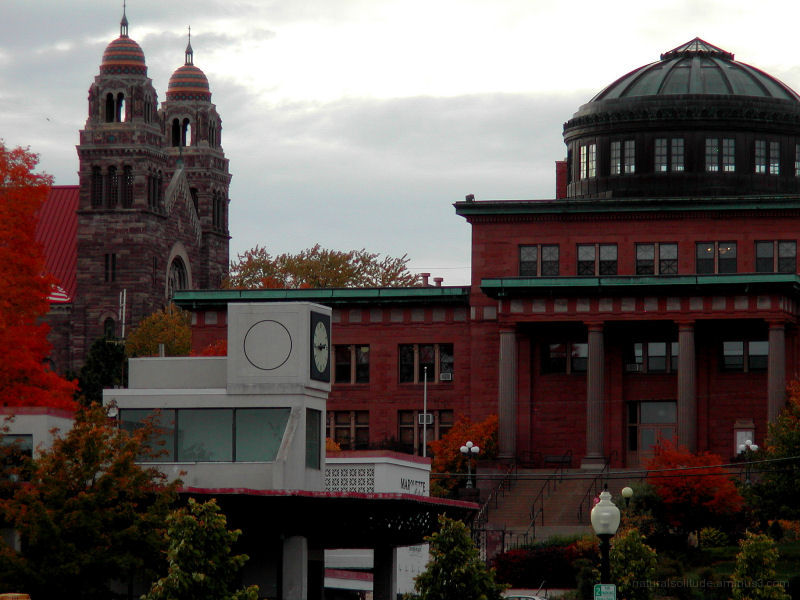 In the foreground is the former MarqTran bus station, which is also the future site of the Marquette History Museum. Behind that, to the left, is St. Peter's Roman Catholic Church. To the right is the Marquette County Courthouse, which was not only the site of a civil case in which former President Theodore Roosevelt brought a libel suit against a local newspaper publisher (in 1913), but was also an on-site location for the film "Anatomy of a Murder" (hence the history museum's current exhibit "Anatomy of a Yooper) in 1959.

An interesting mix of architecture and color.

@beth: Yup. That's Marquette for ya: an interesting mix of a lot of things. ;^)