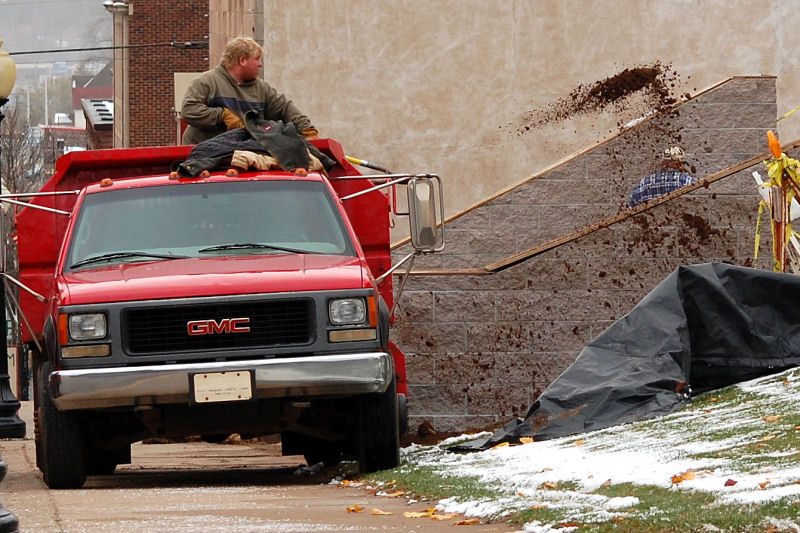 The front steps of the Peter White Public Library get a facelift. Actually, they've been doing a lot of landscaping and such in the front of the library. Personally, they could've put their money to better use. But I have a feeling it has something to do with the City's "Beautification" activities -- most of which I highly disagree with. The good thing about the library's improvements, though, is that they've planted trees instead of cutting them down.