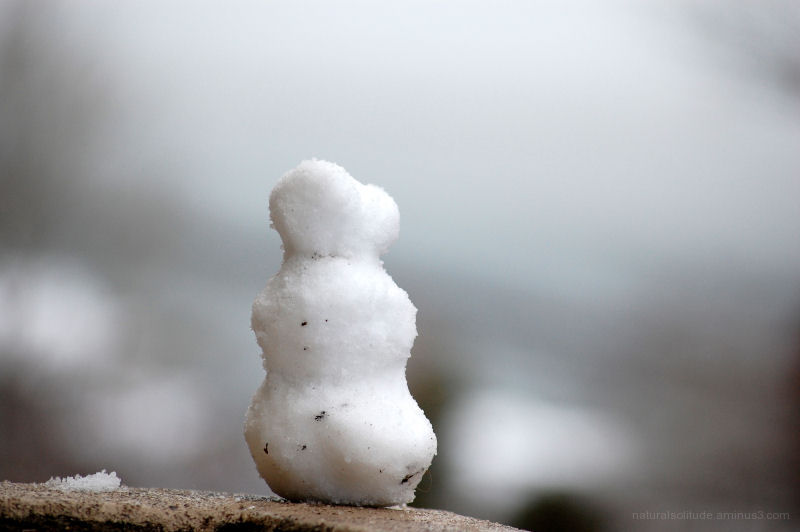 The first portable snowman remained exposed to the elements, thus melted. Then we got a little more snow and created a second portable snowman. But the snow wasn't sticky enough, so this one went through a few reconstructive surgeries before also melting. Now we're getting hit by lake effect snow, and it's not sticky enough for another portable snowman. And, frankly, it's just too plain nasty outside to be wandering around taking photos of three little snowballs piled on top of one another.