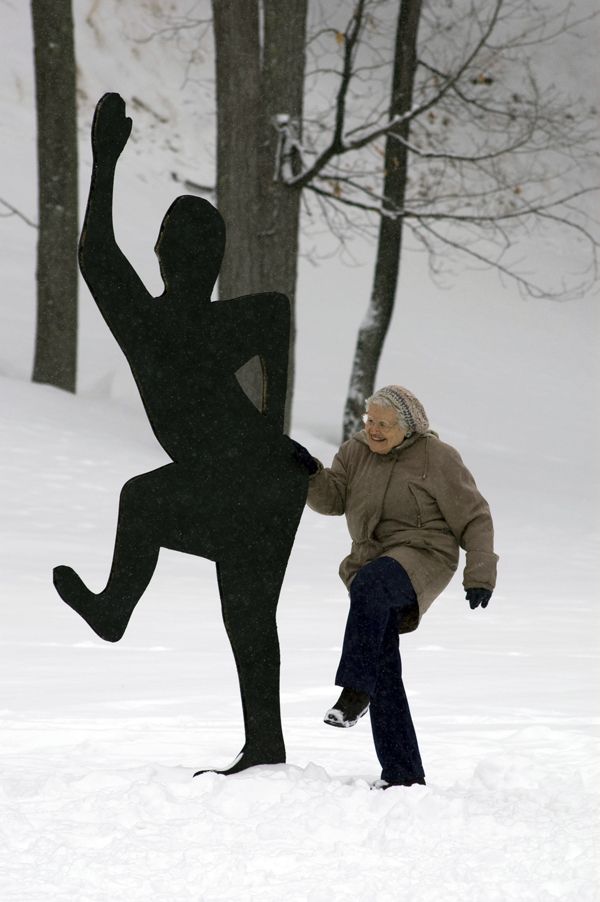 Not long ago, I discovered a fellow Flickr-ite, yooperann - who lives in (or around) Chicago - was from this area...hence the "yooper" part of her name. Not only that, but her mother lives just 4 blocks down the street!

This is Ann's mom, Miriam. I also "met" her on Flickr, but met her in person yesterday morning. About a week ago, Miriam had (through Flickr) invited me to watch the UUAW Puppeteers' - of which she is a member - production of "Snow White and the Seven Dwarfs." Hayley, her boyfriend, Joe, and Joe's little sister, Jess, all went with me. And, of course, I brought my camera. Little did I know how much those photos would be appreciated! The Puppeteers have asked me to put together some discs of my photos - which are currently finishing burning as I type this.
So, yesterday, Miriam stopped by to drop off some DVD's for me to use (I only had a few CD's - not enough for each cast member), as well as some yummy cookies. We had a nice little visit.

Today I received a call from Miriam, asking if I'd like to join her to watch the "Cinderella" production at NMU's Forest Roberts Theatre. As we were driving over to the theatre (WONDERFUL show, by the way), she mentioned she had gone to the Glacier Glide art exhibit out at Presque Isle. It just so happens that Hayley has one of her pieces of art in that exhibit. Miriam then suggested we head over there after the show, but first we came back to my place to pick up Hayley and Joe.

I think the biggest hit of the exhibit was this one by Dan Barrington, called "Sasquatch Winter Jamboree." Here, Miriam is posing with one of the sasquatch sculptures. I got pictures of her, Joe and Hayley all posing with them.

This lady rocks, and so does this image.

@Mindy: She DOES rock, doesn't she?