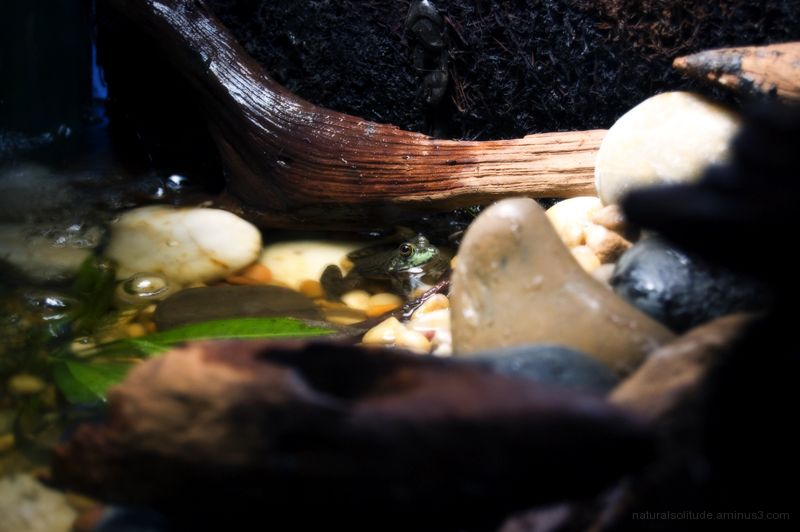 It Ain't Easy Being Green

Michi was caught in a rare unguarded moment. Just look at how much he has changed!
Now that his "true" colors are starting to show, I'm starting to rethink my research. They may not be Northern Leopard Frogs after all. The other possibility is they are Northern Green Frogs. (Remember your buddy from the pond, Beth?) But we won't know for certain until they mature more.

Can I frogsit? I have a way with frogs. Really. I have things to teach them about the world. Rule #1: Never befriend a x-eyed cat. Rule #2: Guard your legs at all cost.

@bizzle: Only if you promise not to hurt them in any way, Biz. And you can't let anyone else hurt them either.

As for Rule #1, I doubt they plan on befriending ANY cat - not you, not Floyd, and not even Patches.

@bizzle: Harm, Biz, harm. That includes "playing with" and/or eating them. No causing damage to them at all.

If you behave, you may be allowed to watch them...from a distance, of course.

May I challenge them in a jumping contest or does damaging their ego count as harm...cuz i'm a jumper.