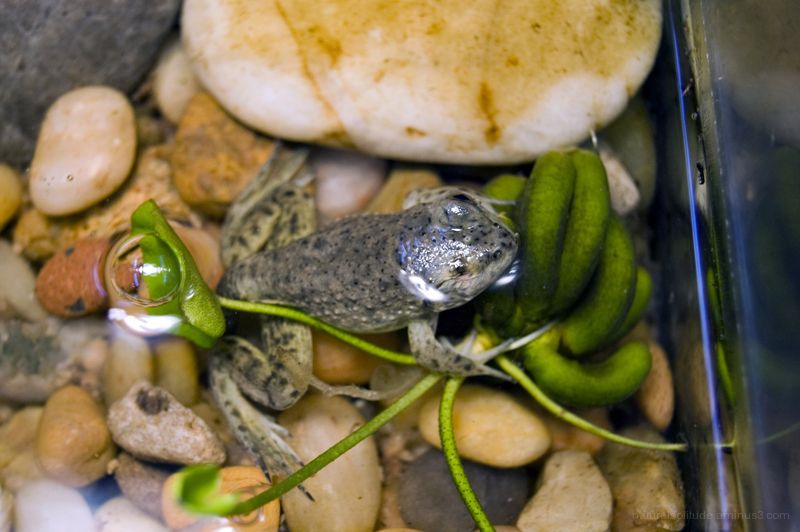 A Frog of a Different Color

So far, it looks as though Ren is going to have an overall lighter coloring than Michi. She seems to have some sort of issue with this miniature banana plant. The poor plant hasn't had a chance to anchor its roots because Ren keeps moving it around.
Tomorrow's image shows Ren's good side (the side with an eye).

narcissistic frog. focused on its reflection. knows it's good looking.