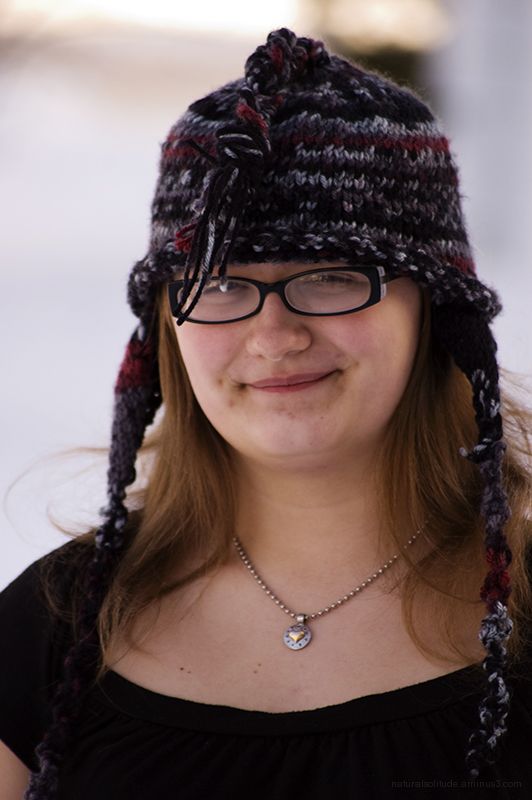 Hayley's final project for her Fiber Arts class was to knit a hat. She knew this prior to her Christmas break from school, and had the hat already started before her classmates even received the pattern. The teacher initially had a pattern in mind, but liked Hayley's so much that she borrowed her book. She said it was much easier, and would also save more money compared to the other pattern.

The pattern only produces a basic knit hat with a rolled edge. Hayley added the earflaps, ties and tassle. (Remember, she has only been knitting for about a month or so!) She used the yarn I bought her for Christmas, and it turned out GREAT! (She's getting rave reviews from friends and family on Facebook. Heh heh)

Next semester...she has Painting as an elective class. :^D

Such a fun hat!! Looks like a great pattern..and so very creatively done!!!

@Marcie: She added bells to the tassle today. *LOL*