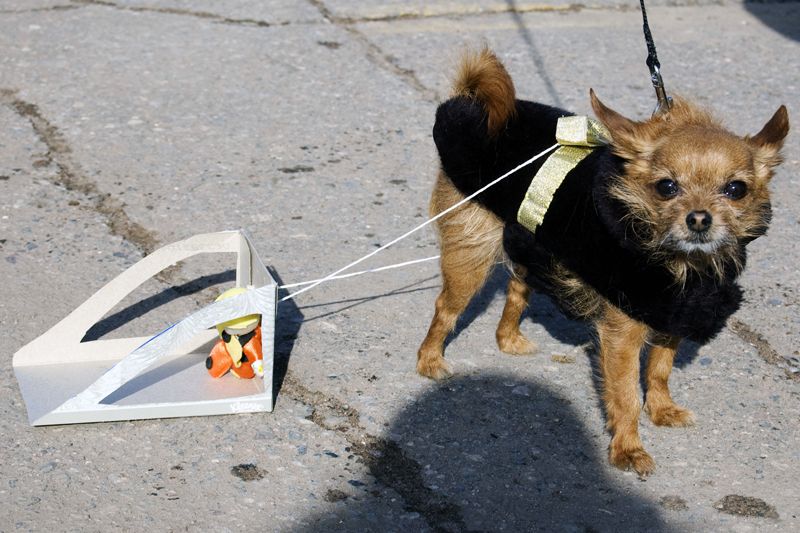 Daisy and Her Kleenex Box Sled

Nheena Weyer Ittner's little dog, Daisy, wanted to take part in the Kiddie Mutt Races yesterday too. So Nheena, Director of the Upper Peninsula Children's Museum, made her a sled out of a Kleenex box and gave her a little rider. The "rider" kept falling out of the sled, so it had to be tied in.

As you can see by the bare pavement, we've not had a lot of snow this winter. I just hope the trails weren't too icy for the dogs running in the UP200, Midnight Run, and Jackpine dog sled races this weekend. Some of the teams have no doubt already finished at Marquette's Lower Harbor park. I was going to try to catch some shots at the finish, but my shoulder is telling me it's had enough for a while. :^(