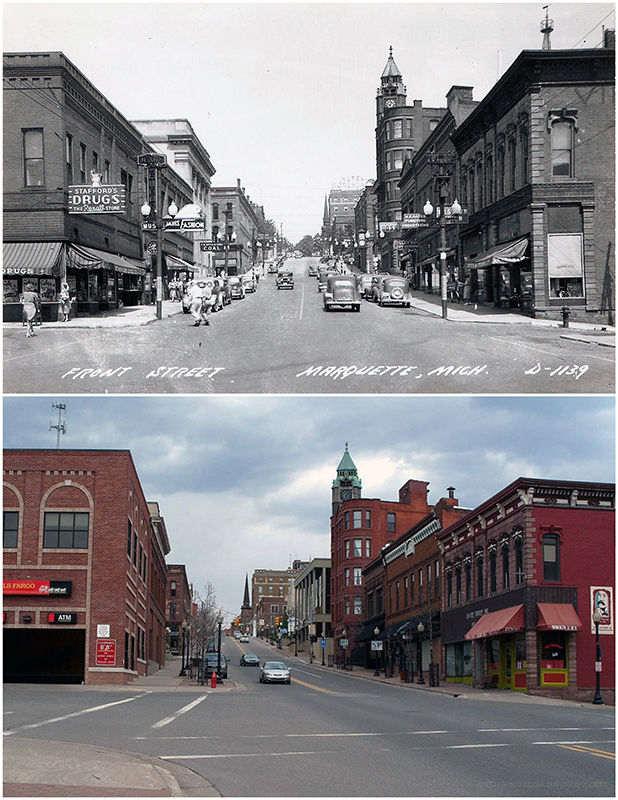 Front Street: Then and Now

A friend found the postcard (top image) in an antique shop in Chicago and sent it to me (thanks, S!). I was able to locate the image online, and learned it was taken in 1940. The bottom image is a similar photo I shot on May 4, 2008. Both the postcard and my photo show Marquette's Front Street (from about Main Street to Ridge Street - or, for those familiar with the area, the Vierling Restaurant to Landmark Inn).

As you can see, Marquette has preserved much of its historic buildings. I received the postcard this morning, right after I - ironically - learned that Marquette had been named the winner of the National Trust for Historic Preservation's "2010 Dozen Distinctive Destinations 'Fan Favorite' award".