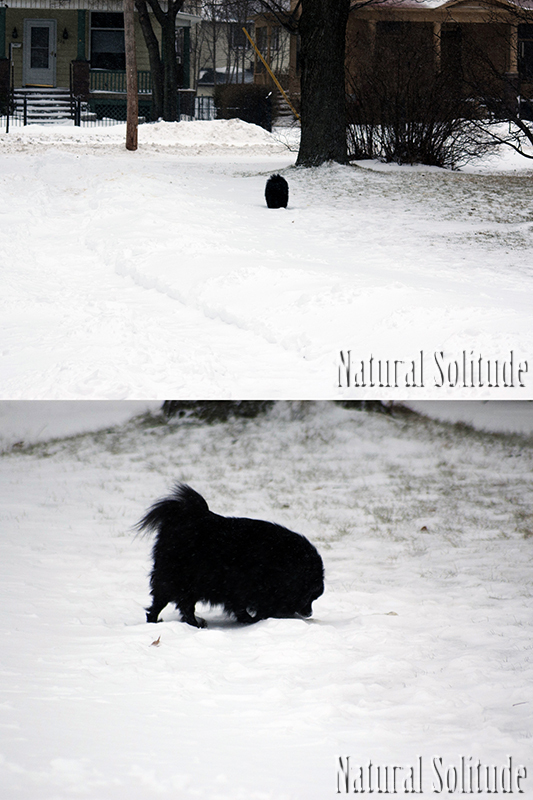 Chleo in the Yard

My neighbor's pomeranian, Chleo, in our front yard. I was actually trying to capture the weather from our front door, but only managed to get these two shots off before the wind nearly ripped the storm door off of its hinges.
We're currently under a winter storm watch. It seems like we've had a lot of snowfall since last night. But, as you can see, there's still some grass showing - so it's mostly just blowing around. The roads are nasty though - especially with there being ice beneath the snow.